Healthy Tip Daily
Home Diet 8 Reasons You Should Definitely Be Eating More Beets
From our friends at Hey Pumpkin: Recently you read me wax poetic about the wonder-food that is radishes, and the myriad reasons you should incorporate the peppery root vegetable into your diet on the regular. Well, today we’re talking about another red orb of deliciousness – the beet. Delicious, versatile, and oh-so-good for you, let’s take a look at how adding these little powerhouses into your weekly meal prep will do your body – and your mind – a load of good.

Beets are high in fiber and low in calories, which is always an amazing combo. But besides that, they’re filled with potassium, magnesium, fiber, phosphorus, iron, vitamins A, B and C, beta-carotene, beta-cyanine and folic acid. Taking a look at all that, it’s no wonder they’re considered a super food. But that’s not all…

Beets cleanse the liver, and do a great job of it. They contain an antioxidant phytonutrient called betalain that helps the liver detox chemicals and toxins more effectively. They also help to thin the bile secreted by the liver, which in turn helps things run more smoothly. And speaking of running smoothly…

One cup of beets contains 3.5 g of mostly insoluble fiber, which according to the Mayo Clinic, “promotes the movement of material through your digestive system and increases stool bulk, so it can be of benefit to those who struggle with constipation or irregular stools.” If you’re incorporating beets into your diet for the first time, just be aware that things can start to look… red or pink. Don’t panic, you’re not bleeding internally. It’s just a weird little side effect of the pigmentation in the vegetable.

4. They’re Good for the Blood

Beets can keep blood pressure in check. Hypertension is one of the leading risk factors for the development of heart disease, which one of the leading causes of death worldwide. It’s never too early to start thinking of heart health, and adding foods into your diet that help to promote it is never a bad idea. Studies have shown that beets and beet juice are proven to lower blood pressure just a few hours after consumption. This is probably because of the high concentration of nitrates in the root vegetable, which can help to dilate the blood vessels. This effect is dramatic, but only lasts a few hours. And because those nitrates make our blood pump faster, they can also increase stamina and athletic performance. All the more reason to keep those beets in regular rotation!

In addition to the antioxidant betalain, beets contain an amino acid called betaine that can help reduce the intensity of chronic inflammation – something associated with diseases like obesity, liver disease, heart disease, and cancer. A study in  Frontiers in Immunology says, “Accumulating evidence has shown that betaine has anti-inflammatory functions in numerous diseases.”

Those nitrates that make your blood pump faster could also help with cognitive function. In fact beets have been shown to help increase blood flow to the frontal lobe of the brain, which is associated with memory function and decision making. In addition, that amino acid betaine is actually in some depression medications. And beets also contain tryptophan, which can relax us and make us feel happier. So this superfood could also put you in a super mood. (Don’t worry, I rolled my eyes at that one too.)

7. They Can Improve the Appearance of Skin

All of those antioxidants fight against free radicals, which cause cell damage and contribute to signs of aging. Luckily, a study in LWT – Food Science and Technology showed that betalain was even better at fighting off free radicals than other antioxidants like Vitamin C and anthocyanins.

Now for the fun part – beets are genuinely good. If you’re one of the many people who grew up thinking beets were gross and have never tried them as a result (you’re probably someone who also hasn’t given Brussels sprouts a try, you poor soul) there are so many ways to incorporate them into a delicious meal. Pickled beets, beet slaw, beet chips, and beet hummus are all at the top of my list. But my absolute favorite way to eat them is roasted and tossed with a little olive oil, salt and pepper, and balsamic vinegar which really compliments their earthy flavor. Bonus points if you find them whole at the store – including the stems and greens – because it’s all edible, nutritious, and delicious. Toss those roasted beets with the greens and stems sauteed in olive oil and garlic, and then top the whole thing with toasted pecans and goat cheese. You’re welcome. 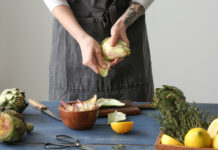 5 Reasons Your Body Wants You to Eat More Artichokes 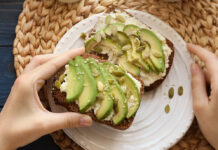 These 7 Foods Can Help to Naturally Balance Your Hormones 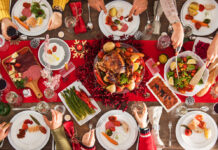