From our friends at Hey Pumpkin:

Once upon a time, in the days before ye olde electricity, schedules were a bit more predictable. You’d wake with the sun, work the day away (probably), and then retire when darkness fell.

Then came electricity, and the advent of artificial light. And suddenly the sun stopped dictating things so much.

Sounds freeing, right? Sure, but there was a catch. Artificial light may have meant we could stay up as late as we wanted, but that threw our sleep patterns into chaos. It actually suppresses the production of melatonin, the hormone that naturally helps us regulate those patterns.

The Problem With Blue Light

But wait, there’s more! These days, our worlds seem to revolve around our screens — on our TVs, computers, phones, and tablets. And screens emit blue light, which can wreak even more havoc on our daily lives if left unchecked.

Blue light, which is often emitted by commonly used energy-efficient lightbulbs as well, mimics the sunlight that shines at the brightest part of the day. It also suppresses melatonin production far more than other artificial lights.

One Harvard study put it this way: “While light of any kind can suppress the secretion of melatonin, blue light does so more powerfully. Harvard researchers and their colleagues conducted an experiment comparing the effects of 6.5 hours of exposure to blue light to exposure to green light of comparable brightness. The blue light suppressed melatonin for about twice as long as the green light. It shifted circadian rhythms by twice as much (3 hours vs. 1.5 hours).”

So what’s a girl to do? It’s highly unlikely that our screen time is going to diminish any time soon. With more and more people working from home, we’re even more reliant on our laptops and phones throughout the day.

Luckily, using those devices less at night can benefit our sleep health. But if the idea of no screens after 5 pm just isn’t doable for you (and we’re right there with you), there are other ways to help shield you from the negative effects of blue light.

And as we know, when we don’t get enough quality, uninterrupted sleep, it can lead to some pretty serious consequences, like disrupting our immune systems, concentration levels, and gut health. Or even worse.

According to Harvard University, “Study after study has linked working the night shift and exposure to light at night to several types of cancer, diabetes, heart disease, and obesity. It’s not exactly clear why nighttime light exposure seems to be so bad for us. But we do know that exposure to light suppresses the secretion of melatonin, a hormone that influences circadian rhythms, and there’s some experimental evidence (it’s very preliminary) that lower melatonin levels might explain the association with cancer.”

The best thing you can do to reset your sleep pattern is to get away from as much artificial lighting as possible. Unfortunately, that’s just not feasible for most of us. But by wearing glasses with lenses that actually filter that blue light, you could encourage the production of more melatonin in your body, giving yourself a serious leg up in the quest to catch more Z’s.

As we already established, we’re spending more time latched onto our screens than ever before, and that doesn’t seem like it will be changing any time soon.

So just like it’s important to find an ergonomic office chair that will properly support you for hours on end, it’s beneficial to wear blue light blocking glasses to mitigate the eye strain these screens are causing us.

Eye strain and tension headaches go hand in hand. Just ask anyone who’s due for a new contact lens prescription. But did you know that blue light is known to trigger migraines as well?

Blue light can stimulate the trigeminal nerve — an active part of pain perception during a migraine. Blue light could also exacerbate the symptoms of light sensitivity, nausea, and dizziness that accompany migraines.

Our corneas and eye lenses are well equipped to block out harmful UV rays from the sun (though sunglasses are always a plus when outdoors), but they’re not so adept at blocking out blue light.

Are They Worth It?

Spend a little time on the internet and you’re bound to find some people who swear by their blue light blockers, and some who feel like they don’t make much of a difference.

It’s all going to come down to your personal preferences, how sensitive you are to things like eye strain and sleep disruption, and how much time you spend looking at a screen all day.

But considering the fact that you can find plenty of inexpensive (and cute) pairs on Amazon, it seems like a small investment to try out something that could have a pretty big impact on your health.

After all, you wear your sunnies when you’re outside. Why not protect your peepers when you’re indoors as well? 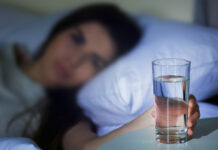 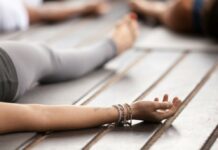 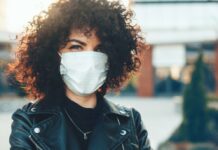