The lungs of a 52-year-old smoker from China were removed by doctors and filmed as a reminder of the dangers of smoking.

The man had signed up to be an organ donor, but after he died, doctors who removed his organs knew they would be unusable.

The sad footage depicts the blackened lungs that don’t look the way our textbooks told us lungs should. Rather than pink, healthy lungs, they look more like two small plastic bags that fell into a puddle of black ink.

According to early reports, the man was addicted to cigarettes for 30 years.

The patient was suffering from lung pulmonary emphysema and many other lung diseases. Dr. Chen, the doctor who uploaded the footage to social media, writes, “Our team decided to reject these lungs for transplant. If you’re a heavy smoker, your lungs may not be accepted even if you choose to donate them after your death.”

Cigarettes are known to cause around 70% of all cases of lung cancer. They also put you at a higher risk for asthma, heart disease, stroke, gum disease, COPD, type 2 diabetes, vision loss, HIV, and mental health disorders.

Smoking can also cause fertility problems and birth defects. But nothing seems to grab people’s attention in the same way that an image of a smoker’s lungs does.

“Look at these lungs–do you still have the courage to smoke?” Chen writes.

How to Stop Smoking

Researchers from the Ohio State University found that graphic photos are exceptionally powerful when it comes to spreading awareness about the consequences of smoking cigarettes.

They’re specifically referencing disturbing images that are printed onto the warning labels of cigarette packages in order to make consumers think twice about smoking.

According to the study, “The feelings produced by the graphic images acted as a spotlight. Smokers looked more carefully at the packages and, as a result, the health risks fell into the spotlight and led to more consideration of those risks.”

According to the Centers for Disease Control and Prevention, half a million Americans die prematurely every year from smoking or secondhand smoke.

There are movements within the government to get more graphic images onto the warning labels of cigarette packages.

This kind of footage is sad, and it can be difficult to look at. At the very least, it causes us to take pause and think more deeply about how our lifestyles affect our physical health. 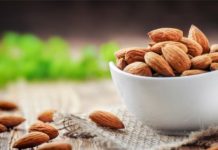 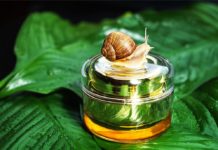 Snail Creams and Masks – What To Know Before You Buy

Could Your Smartphone Be Encouraging You to Eat Junk Food?