Romaine lettuce has, once again, been recalled over concerns relating to E. coli. If you’re a health-conscious person, you’re likely aware that romaine lettuce seems to be recalled more often than any other vegetable.

Sadly, romaine’s main production occurs downstream of cattle farms. This means that any irrigation is likely to include the bacteria, which flourishes in cattle, passing it on to the leaves. Those leaves, in turn, aren’t cooked before being eaten, resulting in E. coli outbreaks.

Here are some healthy alternatives you should consider instead of the often-contaminated romaine.

Kale has a reputation as a very healthy romaine alternative. The leafy green has a robust, bitter flavor and is packed with vitamin A and C. Kale is also bursting with antioxidants and fiber, both of which are great for digestion. It helps that it also tastes pretty good!

Speaking of antioxidants, chard is one of the best sources of the stuff you can buy in the produce section. Like spinach, chard is also a great source of iron, which is great for regulating blood flow and ideal for people who may have anemia or diabetes. Chard has an interesting flavor due to its high concentration of calcium and vitamin K.

A perennial favorite of the South, collards are a deliciously bitter and versatile green you can use in a variety of ways. Interestingly, collards have more than one hundred percent of your daily value of vitamin K, as well as a huge amount of protein and carbs. As such, they’re favored highly by athletes and fitness enthusiasts.

Spinach is a classic green that can be used in salads, sandwiches, smoothies and all kinds of other culinary configurations. It’s rich in omega-3 fatty acids, a rarity among veggies, and comes packed with a mix of vitamins that can encourage strong bones, healthy teeth and smooth skin.

An often-overlooked green, arugula is more than just a garnish. This vitamin-packed, nutrient-rich green is long and thin, and thus is often not considered for making salads. An interesting aspect of arugula is that its chemical composition makes its vitamins very easy for the body to absorb, so it’s a great food for people who are starting out a new healthy diet! 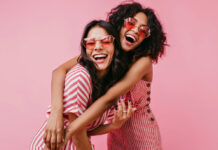 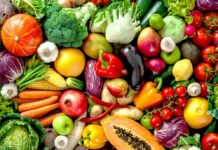 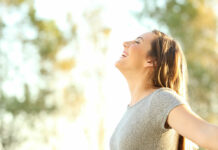 See: How to Eat to Benefit Your Mental Health