The keto (ketogenic) diet has certainly become the diet of the moment, with seemingly everyone and their mothers giving it a shot in recent years. In fact, it was one of the top 10 diets in Google’s 2019 Year in Search report.

While there’s no doubt this trend has taken over the wellness community, it has also become a controversial diet. There are people who swear by the low-carb, high-fat lifestyle, while others are vehemently opposed to it.

If you’ve been contemplating starting the keto diet (we recommend talking to your doctor first), here are the best foods to eat and the ones you’ll have to avoid.

Eggs: Because bread is out of the question on keto, eggs are a great thing to eat in the morning for breakfast.

Fish: It’s important to eat a lot of healthy fats on the keto diet, much of which should come from natural foods like fish. It’s also recommended to cook your fish in butter or coconut oil, as they’re also high in fat.

Dairy: Cheese is recommended on the keto diet, as are heavy creams. However, try to avoid milk, as it’s usually high in sugar.

Vegetables: This one should come as no surprise, but vegetables are definitely recommended on the keto diet. In fact, many people chose to replace their favorite carbs (spaghetti, bread) with their vegetable alternatives (squash, cauliflower).

Berries: Not all fruit is OK to eat on the keto diet, but berries are fine in moderation.

Carbs: This one is pretty obvious, seeing as keto is all low-carb, but carbs are a huge no-no. Pasta, bread, potatoes, and rice are not recommended at all.

Bananas: Bananas are high in sugar and carbs, which means they should be avoided on keto

Apples: Like bananas, apples are too high in sugar and carbs.

Candy: As expected, all candy is off the table if you’re on a keto diet.

Most beverages: Beer, soda, and juice are not allowed on the keto diet. While black coffee is OK on keto, lattes or frappuccinos are not diet-friendly. Instead, people on the keto diet should focus on drinking a lot of water. 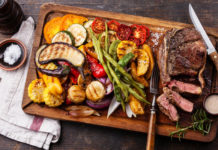 The 8 Best Healthy Eating Diets for 2021 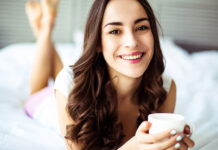 3 Teas to Help You Sleep 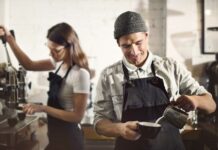 7 tips for Working Out in Summer Heat Indoors or Outdoors

The 8 Best Healthy Eating Diets for 2021

Sun Safety: What You Need to Know About Dehydration and Sunscreen