Italian kitchens have touted the amazing health benefits of chili peppers for centuries, namely for their ability to help with heart disease symptoms. They are a fantastic option to add to a cardiac diet.

A healthy diet that includes chili peppers is one of the best ways to lower blood pressure, and there are certain types of peppers that are considered to be the best diet to ward off known heart attack causes.

Eating Chili Peppers Can Cut the Risk of Death from a Heart Attack or Stroke, Says Study

The results of a new study were recently published in the Journal of the American College of Cardiology that showed the risk of death from stroke was more than halved when people ate chili peppers at least four times a week.

Licia lacoviello, a professor at the University of Insubria in Varese and director of the department of epidemiology and prevention at Neuromed, had this to say on the matter:

“And now, as already observed in China and in the United States, we know that the various plants of the capsicum species, although consumed in different ways throughout the world, can exert a protective action towards our health.”

However, there do seem to be some limitations. Ian Johnson, a nutrition researcher at Quadram Institute Bioscience in Norwich, England, said the following:

“This type of relationship suggests that chilies may be just a marker for some other dietary or lifestyle factor that hasn’t been accounted for but, to be fair, this kind of uncertainty is usually present in epidemiological studies, and the authors do acknowledge this.”

Now that you know about the various health benefits of chili peppers, here are a few types of peppers you can try including more often in your diet. You can also visit the American Heart Association for even more chili pepper tips and advice!

Cayenne Pepper – This pepper belongs to the nightshade family and is closely related to jalapeños and bell peppers. It is only moderately hot and is a perfect complement to a mediterranean diet.

Scorpion Pepper – The scorpion pepper is considered one of the most extreme peppers because of its almost unbearable heat. It literally stings you with flavor and ranks very highly on the hot pepper scale.

Ghost Pepper – This pepper bears the name “ghost” because of the way its intense heat sneaks up on you after taking a bite. It was once believed to be the hottest pepper in the world.

Serrano Pepper – This is a hot chili pepper that is named for the mountain ridges in Mexico where it originated. They come in second in popularity next to the jalapeno and are considered a fruit. 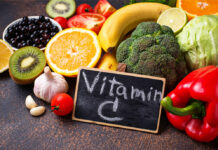 Eat These Foods to Get a Big Dose of Vitamin C 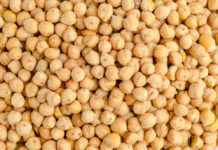 Health Benefits of Chickpeas–and What You Can Do With Them 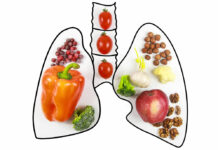 Give Your Lungs a Boost By Eating These Foods

Firework Particulants and What You Should Know

See: How to Motivate Yourself to Work Out

Eat These Foods to Get a Big Dose of Vitamin C

Health Benefits of Chickpeas–and What You Can Do With Them