If you’ve told people for years that your genes are what make you gain weight, not what you eat – you might not be wrong. Recent studies indicate that there really is a gene that can cause you to gain weight faster and hold onto it for longer, despite your best efforts.

This gene is apparently carried by millions of Americans, but it doesn’t have to rule your life. Even if you carry this genetic marker, there are exercises you can do to combat the effects and get that body you’ve always wanted.

The Obesity Gene: What Is It?

A study done in 2017 identified a gene called ankyrin-B as being primarily responsible for unexplained weight gain in adults.

Ankyrin-B basically causes the fat cells in the body to suck up glucose faster than others, which can increase the cells to about double their normal size. As we get older or consume lots of high-fat foods, this becomes a real problem.

The genetic reason for this evolution makes sense – back in ancient times, we needed to store lots of energy in case of famine. The ability to suck up extra glucose and hold onto it could be the difference between life or death.

Now, it may be the difference between a size 4 and a size 10.

What Exercises Should I Do?

A second study was done recently to figure out just how you could combat this gene and increase your weight loss even if you carry it. Scientists wanted to find out if weight gain with ankyrin-B was inevitable, or if we could do something about it.

The study comes out of National Taiwan University and looked at over 18,000 participants with ages ranging from 30-70. It evaluated the self-reporting exercise and activity levels of the participants to determine what worked best for them.

The absolute best exercise to combat this gene?

Those who participated in the study and jogged had a lower BMI and an overall lower body fat percentage than those who did not jog but had the same genetic risks.

But I Hate Jogging!

We get it – jogging is not the best. Especially if you’re uncomfortable with your body.

There are 5 other exercises that the study identified that also help, though don’t have quite the same impact. Those are:

It seems that the key to this is to get your body moving and active, so cardio makes sense!

In a big surprise, the study also noted that swimming, stretching, and cycling did not help nearly as much as one might expect! Individuals who participated in these exercises did not see the same beneficial effects. 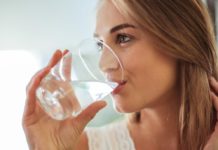 Quick Tips to Get Healthy This Year: Starting Off Right 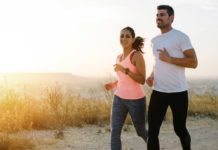 Is There a Right Way to Pursue Health and Fitness?

Digestive Health Is Key: Here’s How You Help Your Gut

Is Intermittent Fasting Good for Your Health?

Could Your Smartphone Be Encouraging You to Eat Junk Food?