As you likely know already, Jupiter is in retrograde, though it’s not much to worry about. However, it’s not the only planet that’s gone or will be going retrograde this month.

Yesterday, Pluto retrograde began; and on April 29, Saturn goes retrograde, too. Yes, this month is just full of cosmic events. The good news is that it could most certainly be worse.

So, what do all these planets in retrograde actually mean? Let’s break it down.

First, if you aren’t familiar with the term, retrograde simply means it looks like the planet is moving backwards. It isn’t actually moving in reverse; it simply appears that way. Still, retrogrades are significant when it comes to astrology.

The big retrograde period we always hear about these days is Mercury retrograde. This is, of course, the big celestial event that seems to throw everyone off and plunge our lives into chaos.

Luckily, other planets’ retrograde periods aren’t nearly as negative as that of Mercury. As we mentioned in our article about Jupiter retrograde, it doesn’t always mean things will go wrong. In fact, it doesn’t even mean that things associated with the respective planet in retrograde will go awry either.

In many cases, retrogrades are a good time to reflect on your life and consider any necessary changes. In other words, they don’t have to be chaotic or bad. Most of the time, it’s just a chance to see things in a different light.

April 24 marked the beginning of Pluto’s retrograde phase. “Dwarf planet” or not, Pluto is Scorpio’s ruling planet, even if scientists have deigned to demote its significance. It’s the planet of transformation. And its retrograde period is quite lengthy, too – in fact, it spends around half of every year in retrograde. This year, it will end on October 3.

With Pluto in retrograde, it has a sort of subconscious effect, pushing us to deal with our darker side. It’s a time to overcome or eliminate things that might be hindering our personal growth.

Coming up on April 29 is Saturn retrograde, which means it’s time to kick things into high-gear. Saturn is associated with discipline, structure, and also karma. As such, this cosmic event can sometimes leave folks people feeling a bit overwhelmed with regards to their work life.

For the past couple of years, Saturn has been moving through Capricorn. This has really pushed us to get motivated and reach our goals. As it goes into retrograde, however, all that momentum may slow down a bit.

It isn’t something that’s meant to hamper your progress though. To the contrary, this is a time to reevaluate your efforts, prioritize commitments, and ensure you’re on the right track.

And though it does last until September 18, don’t worry, it isn’t nearly as intense as certain other retrogrades. 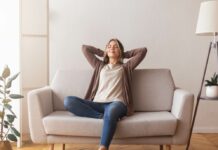 How to Promote Relaxation in Your Home 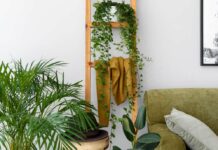 Planting Houseplants for a Healthier You

Do Your Soul Good and Travel Without Leaving the House

Nutrient Differences Based on Cooking Methods

What Your Food Cravings Say About Your Health

How to Keep Your Memorial Celebrations Healthy